Boris is a rescued snake.
Not sure of age but I have had him at least 5yrs...during which time he has tripled in size and calmed down a lot....not hitting the glass anymore anyway...probably not the friendliest python...but tolerant.
As of today he hasnt eaten since Early June 2019.
Has knocked back 4 xl Rats over the last month which he would normally easily gobble.
He is quite healthy looking...and gets out in the garden regularly. The only difference is no matter where I put him....usually in the frangipani tree...he heads strait for the same corner near a huge old gum tree and I have to pull him up before he goes throught the wire fence....its like hes on a mission....there are wild Diamond Pythons in the area...could he be sniffing round for a mate? 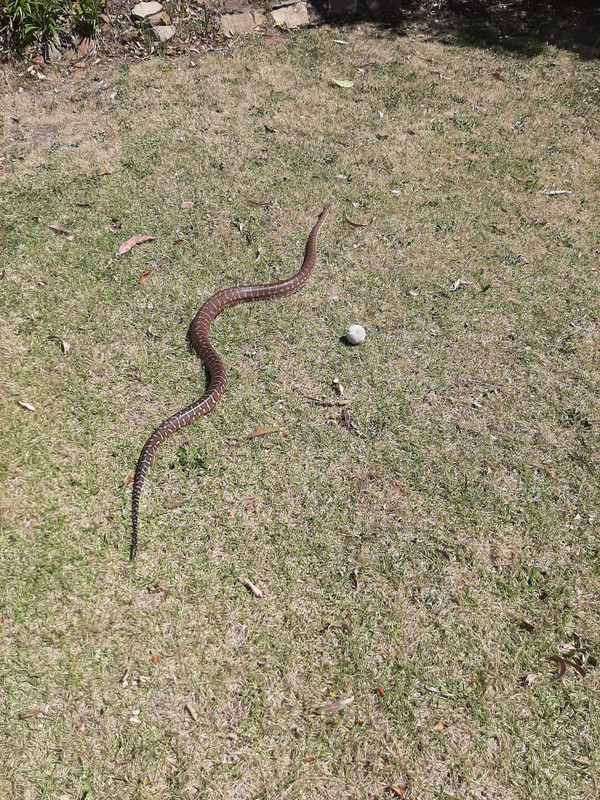 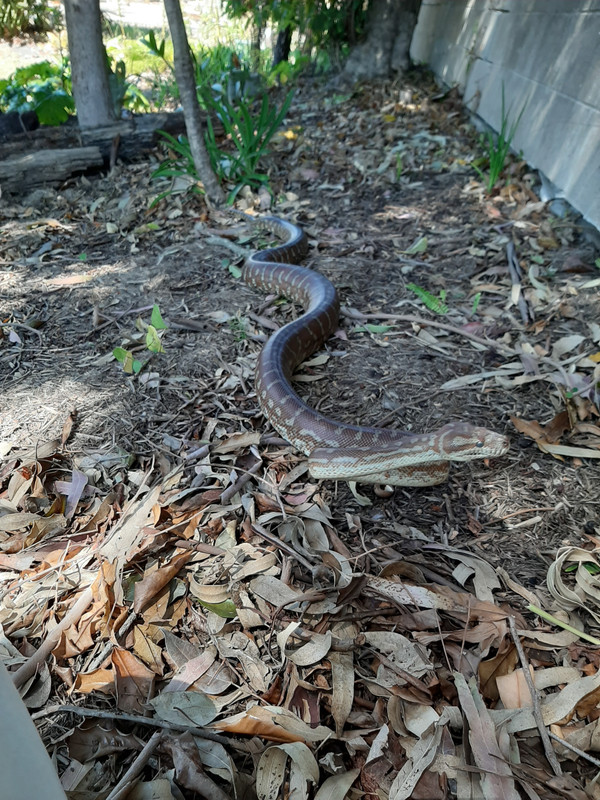 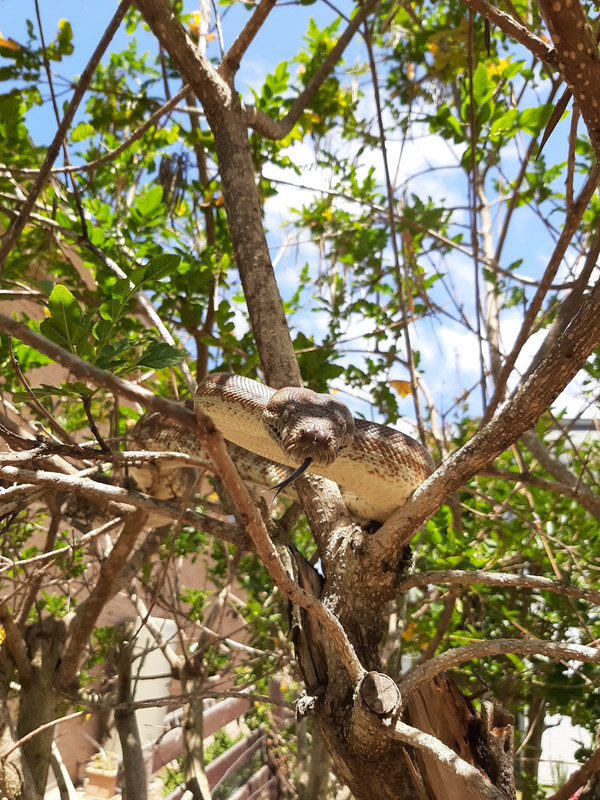 Should I be concerned?
Cheers.

I think hes just trying to escape nothing to do with mating or feeding. Just try every so often at intervals with smaller cheaper food items so you don't break the bank. But wouldn't hurt to check his temps and husbandry. make sure his enclosure is big enough and heat and such is all correct.

Thanks for the advice...his "mansion" is plenty big enough.
Temps is a CHE on timer...basking .hot spot up 37degc-20 on the floor in ONE of his hides and it cools off at night....its 5 star...and importantly in a quiet area.
Cheers.
[doublepost=1574664219,1574044284][/doublepost]I tried the last rat in the freezer last night...he owned it...messed about with it ...and now its gone.
Phew.
[doublepost=1575701648][/doublepost]Full Steam Ahead....he seems to prefer devouring them from the tail end...2nd in 2weeks..glad I pick up a sixpack from fuzzyfox up in wollongong last weekend...hate paying petshopprices. 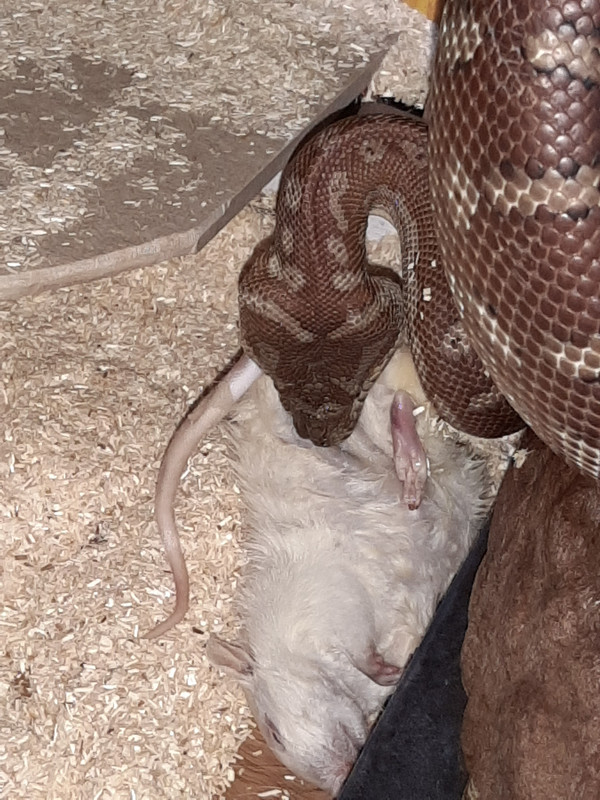