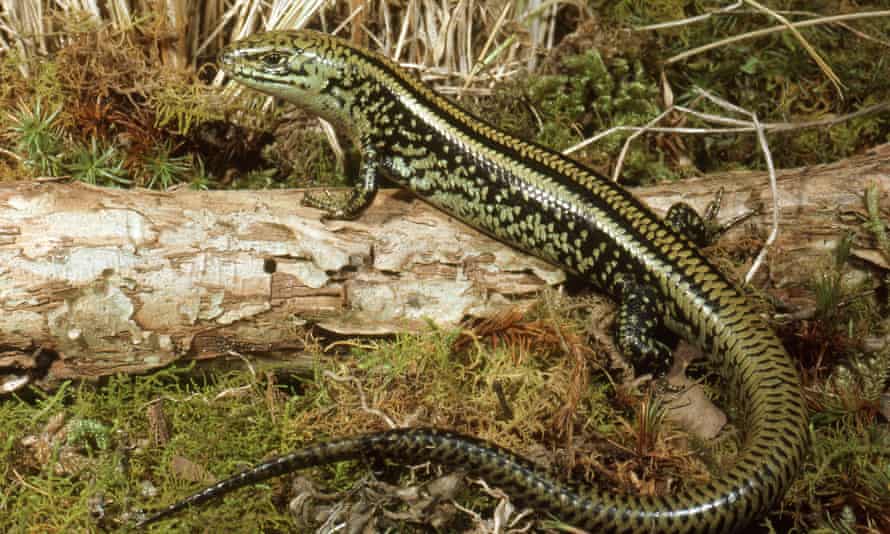 A tiny fossil pulled from the edge of a scorching salt lake in the South Australian outback is the oldest known remains of a skink ever found on the continent and may provide a vital clue to the lizard’s evolution.
The team of palaeontologists and volunteers from Flinders University and the South Australian Museum found the 25m-year-old specimen during an excavation in 2017.

The researchers found the fossil while digging in Lake Pinpa, a site on the 602,000 square hectare Frome Downs station about 600km north of Adelaide that is littered with remains of animals that lived a millennia ago.
Dr Kaila Thorn, a lead author on the study who conducted the research as part of her PhD, said that millions of years ago, the area would have been fertile and lush thanks to access to fresh water.

As animals in this period – the ancestors of many alive today – were attracted to the edge of the lake and perished, their remains came to be preserved in such concentrations that the site has become a significant area for investigating the evolutionary development of Australia’s unique animals.
“A lot of our unique fauna is really recognised in this particular time period. We get our first koalas, our first possums, our first wombats. And it turns out, with our research, we’ve got our first skink which is pretty special,” Dr Thorn said.
The new species of skink – named Proegernia mikebulli in honour of the late Flinders University professor Mike Bull – consists of little more than a tiny skeleton with a skull that fits on a teaspoon and bones so small they can only be seen under a microscope.
The find was discovered among other remains from fish, ancestors of the koala, predatory birds such as eagles, platypus, crocodiles and even freshwater dolphins.
The skink itself belongs to the subfamily Egerniinae, the same group that includes bluetongues, shinglebacks, land mullets and spiny-tailed skinks and has descendants that are still alive today in parts of southeastern and southwestern Australia.
Thorn says the lizards likely arrived in Australia from southeast Asia upon “rafts” made of vegetation that could stretch for a few kilometres but it is not clear exactly how this process played out.
“Skinks are various specious. They’ve become really diverse in Australia,” Thorn said. “But we don’t know how long they’ve been in Australia and how they became this super diverse.”
“It allows us to track the timing of when these groups started appearing in Australia. This one site has the oldest fossil – we don’t have a line of them coming from up north.
“By looking at changes in their body and their genetics, we can work out where they’ve come from and the fossil helps us determine when they got here.”
Dr Steven Salisbury, a palaeontologist from the University of Queensland welcomed the news as an “exciting” new find that will help fill holes in the fossil record.
“For any groups of Australian animals that appear in the fossil record 25m years old, we don’t know much about what was happening with them prior to that time,” Salisbury said.
“When it comes to Australia’s skinks, we don’t know much about their evolutionary history at all, as their fossils are very rare. To have this new study come out is very exciting as it throws new light on a group of Australian animals that to this point have a very poor fossil record.
“What’s also commendable in this study is not only that they found a deposit that produces microfossils attributable to this new skink, but they’ve been able to excavate and recover the specimens.
“These are all tiny fossils that if you poked with a pencil too hard, they would shatter. It would take a huge amount of work to get these fossils. It takes a lot of time, a lot of perseverance and a lot of vision to think that it will be worth it, that you’ll be able to make it work.”
You must log in or register to reply here.
Share:
Facebook Twitter Reddit Pinterest Tumblr WhatsApp Email Share Link
Top