ID this Gecko? Northern or Western?

I have a basic Wildlife license and picked up my first licenced Gecko t he other week. For the sake of my license I asked and I was told it's a "Northern" Marbled Velvet Gecko by the previous owner, but some pet store folk have ID'd him as a "Western".

One pet store also told me it's illegal to have a Northern (Victoria based), the previous owner wasn't 100% sure and thinks he's a Northern but from what I can tell he is a Western.

Despite all this confusion, I later found an old photo of him by matching his pattern in the local pet store before he was purchased from the previous owner, the same pet store that stated it's illegal to have Northerns.

Any further clarification on his ID for peace of mind? He is apparently abit over 2 years old.

Thanks in advance! (His name is Zippo )

(Same conlusion but for different reasons.)
Your specimen is definitely NOT a northern species. The currently recognised Oedura marmorata has a relatively short tail, broader than the head and tapers sharply at the tip. Oedura gemmata lacks any banding. Oedura bella (Gulf velvet) has a relatively short tail in comparison to more southerly species.

The western form is now named Oedura fimbriata and the central and eastern forms are collectively known as Oedura cincta. Although there is a degree of differentiation between central and eastern forms, there is insufficient genetic data at this time to warrant separting them taxonomically. These southern forms all have moderately longer tails that are not wider than the head and tend towards being rounded in cross-section. The differentiating factor between western and central/eastern forms is the degree to which the rostral scale is divided. In the western form (O. fimbria) the crease is 25 – 60% versus 100% (or rarely a bit less, but never 60% or less) in O. cincta.

Here is a photo of the western form from the article. You can clearly see the strong similarities to your specimen… 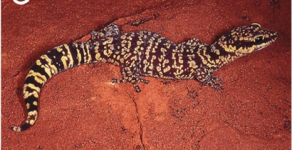 The Victorian licence only lists two Oedura species, O. marmorata and O. tryoni. Given these were gazetted before the revision of the genus, I would suggest you are covered for any of the new species named in splitting up the original O. marmorata.
Last edited: Jan 15, 2022