How do snakes like boa constrictors breathe with a mouthful of food? 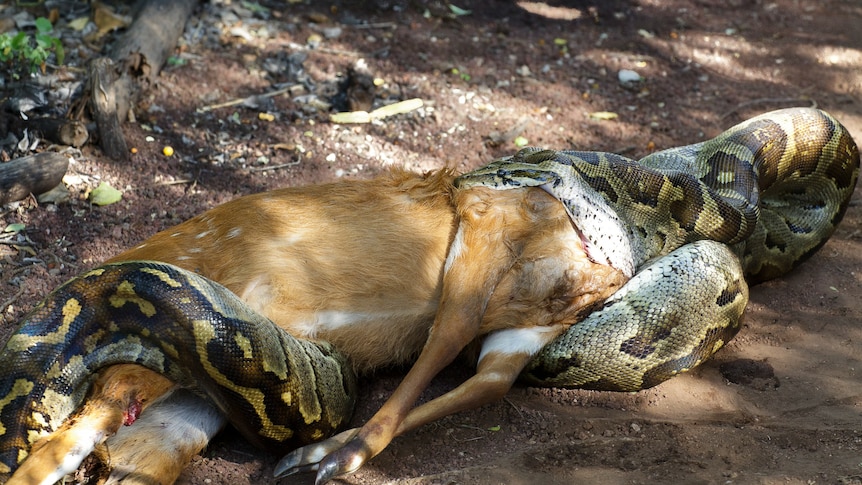 Some snakes can swallow colossal meals without choking. Now we know how

Ever wondered how some snakes manage to squeeze their prey to death and push it past their own lungs without suffocating themselves in the process? Read on.

If you've ever choked on a big mouthful of food, you might have some insight into the challenges of feasting and breathing simultaneously.

But what if you couldn't chew your food, and you were the type to eat meals greater than your own body mass in a single sitting?

And what if before swallowing your giant meal, you also had to squeeze it to death? Without any arms?

Scientists have previously described many of the clever tricks different snakes use to breathe and swallow food at the same time.

But for the first time, researchers have published an empirical study in the Journal of Experimental Biology today, that shows how some snakes manage to squeeze their prey to death and push it past their own lungs without suffocating themselves in the process.

Unlike humans and other mammals, snakes don't possess a diaphragm to assist with their breathing. Instead, they use their ribs.

In between each rib are muscles — primarily the levator costa muscles — which help the ribs contract the lungs, forcing air in, and then letting air out when the ribs relax. Would you like fries with that?(Getty Images: Jeds Pics)
So the question for biologists has been, how do snakes like the boa constrictor continue using their ribs to pump their lungs with a massive meal in the way, or when they're constricting a future meal?

The answer, according to today's research, is modular lung ventilation.

But to get an idea of what that means, we've first got to step back a bit and cover off some basic snake anatomy.

How do snake lungs work?​

Because of their stretched out, elongated form, snakes' lungs aren't located side to side like ours.

Instead, they've evolved one shorter and one very long lung in series.

Colubrids and elapids are rear-fanged and front-fanged snake families respectively, and most Australian snakes fall into one of these two families. 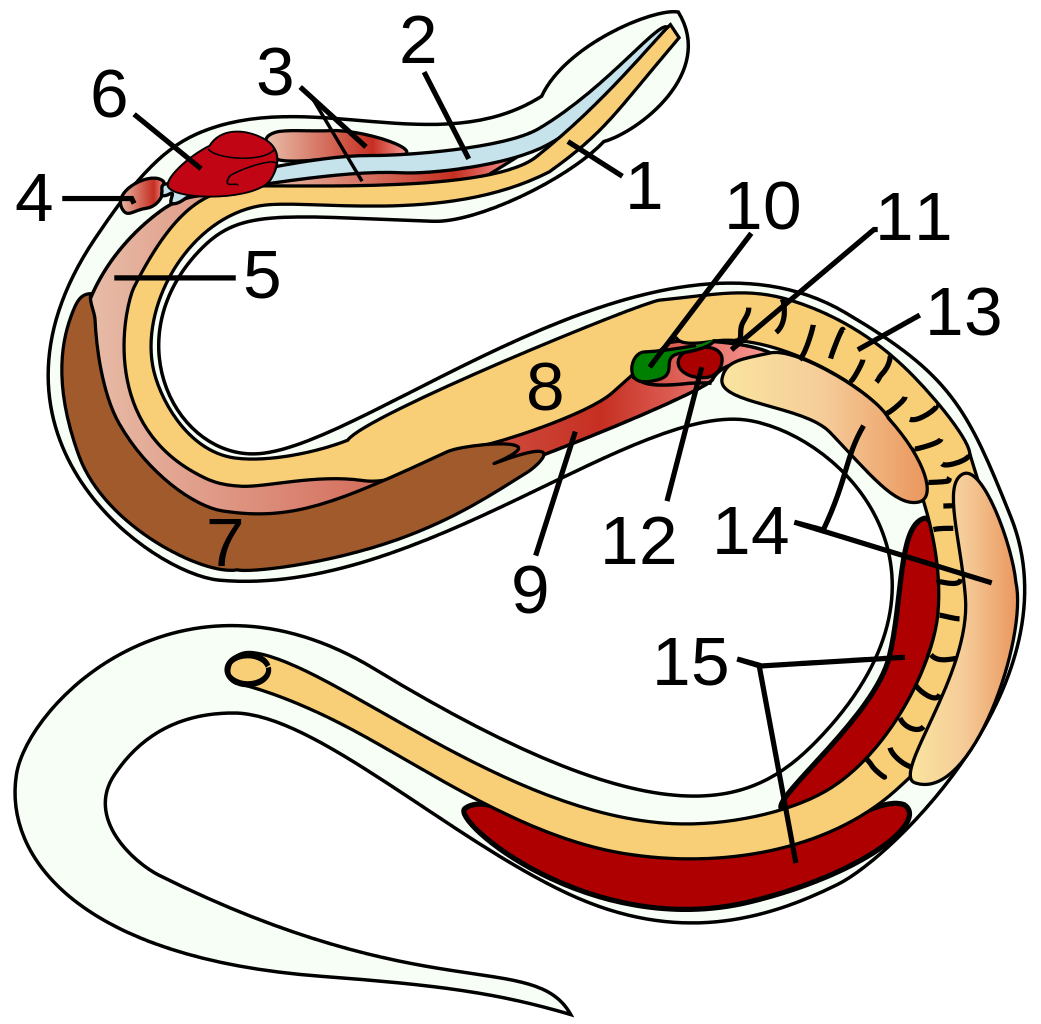 Basic anatomy of a snake, where 4 indicates the smaller (left) lung and 5 the larger functional lung.(Supplied: WikiCommons)
In many snakes, the smaller left lung is basically vestigial — it's evolved to a point where it has little to no purpose, and all gas exchange happens with the longer lung.

"These long lungs are also interesting in that only the front regions do gas exchange," Dr Capano said.

"The back sections are avascular or 'saccular', much like a simple balloon, and are used primarily for ventilation and moving air."

In other words, the front part of the lungs behave like ours, where oxygen and other gases can enter and exit the bloodstream, while the rear of the lungs are more like a pump to get air moving around.

The "pump" can also be used to help snakes hiss, but that's another story.

Snakes can 'turn off' ribs​

So scientists applied blood-pressure cuffs — the type of inflatable cuff that doctors use to take our blood pressure — to restrict movement along body sections of boa constrictors.

They then used a combination of X-ray, videography, and other scanning methods to study the rib movement of the snakes, and in particular where that rib movement was facilitating breathing.

"[They] could effectively turn off one set [of ribs], and turn on another at will throughout the body."
Click to expand...

What that means is that when their lungs are partially impeded by a meal, boa constrictors are able to use just a couple of ribs to compress their lungs.

And when their lungs are completely obstructed, they're able to engage the pump region of the lung to move air around.

Given that a snake's ribs run almost the entire length of the body, it makes sense they would conserve energy by not using all the ribs to inflate their lungs.

Even so, researchers couldn't assume that was the case, according to reptile evolutionary biologist Alessandro Palci from the University of Adelaide.

"We didn't know until we checked," said Dr Palci, who wasn't involved with this study.

"If you look at other animals, even us, we breathe with the whole rib cage."

Snake rib movement with compression(Gfycat)
The researchers think that the levator costa muscles are integral to snakes' ability to selectively engage ribs, and that this likely developed very early in snake evolution.

"[Constriction and large prey ingestion] could not evolve to the exaggerated levels we see today without the ability to breath during both the killing of prey with constriction, and the ingestion of large prey items."

There are more than 3,700 species of snakes (Serpentes), and they're found in every continent except Antarctica, and across an array of habitats from rainforest to deserts.

How to survive a snake bite — from someone who should know​

Christina and her husband have been bitten by snakes five times between them — and they're snake-handling professionals. Here's their inside knowledge about how to survive being bitten by a venomous snake. Read more
The researchers hypothesise that the early development of modular lung ventilation allowed for snakes to become so diverse.

"This then allowed snakes to take advantage of a much larger range of resources than other elongate limbless animals (most of which eat primarily small insects) and therefore diversify into many different niches," Dr Capano said.

But Dr Palci isn't so sure.

He says there are a number of other animals with elongated body forms, including the elapid and colubrid snakes, that don't use constriction or consume oversized prey.

"It's probably necessary to have levator muscles to be able to do what snakes do," he said.

"But if this levator muscle is key to this localised lung ventilation, then [why don't we] see constriction and large prey ingestion in other animals?"

Watch: Frog lights up after eating a firefly

Reptile Guide to the UAE and Oman