Blue Mountains Council has stopped work at the South Lawson Park this month, after a turtle nest with up to 15 eggs was bulldozed by a contractor in the holidays and an adult female turtle died a week later after being run over in the carpark.

Lawson furniture restorer John Davidson said excavation work at the off-leash dog park had been an "environmental disaster" and a protected eastern Long Neck turtle nest "did not have much chance". The shallow nest with up to 15 eggs, was destroyed by a bulldozer.
The excavations are being done by council on the old Lawson Golf Course in preparation for a new accessible path and fenced off-leash dog and nature play area. 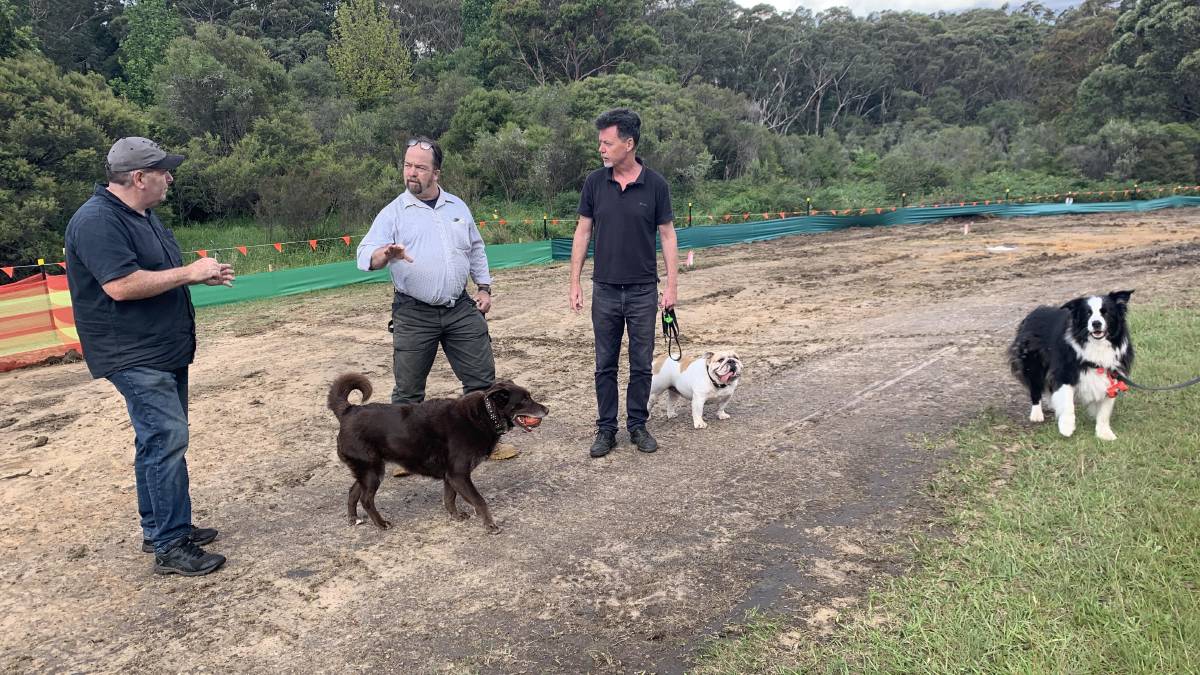 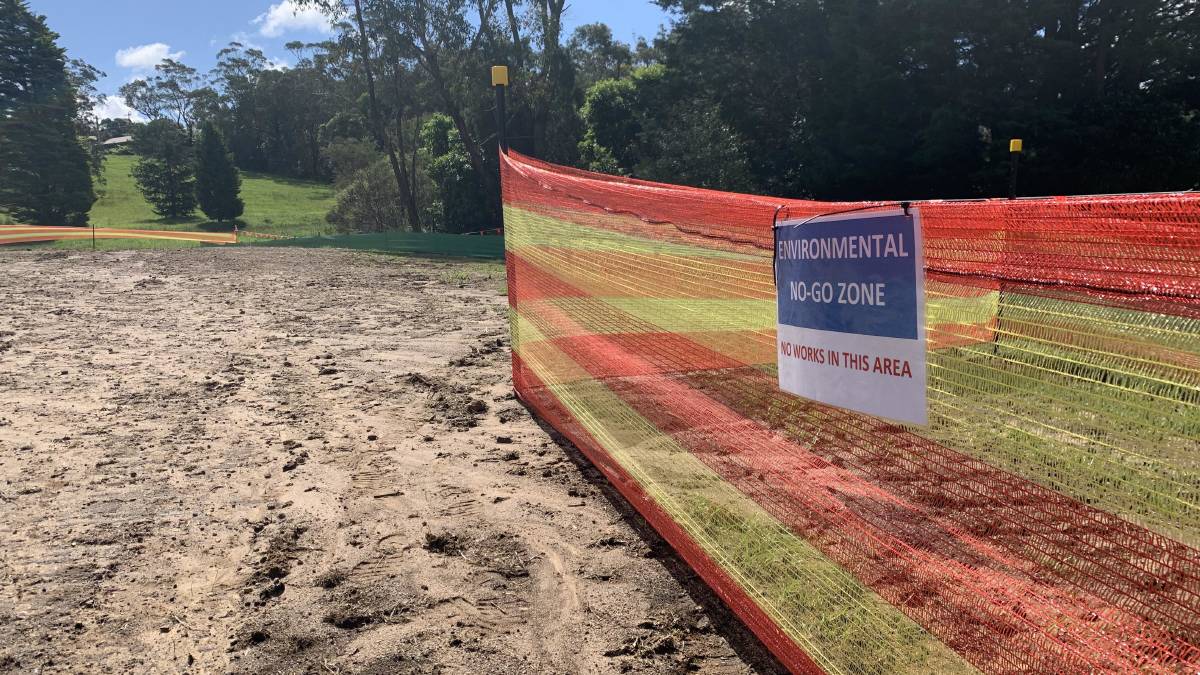 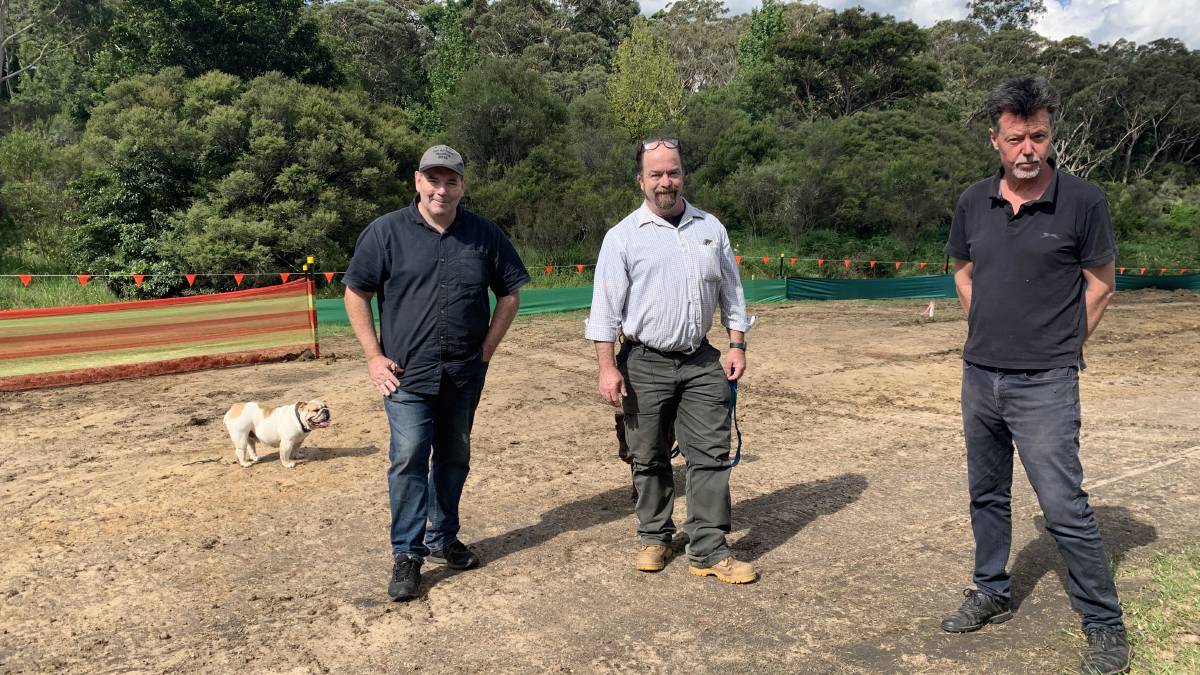 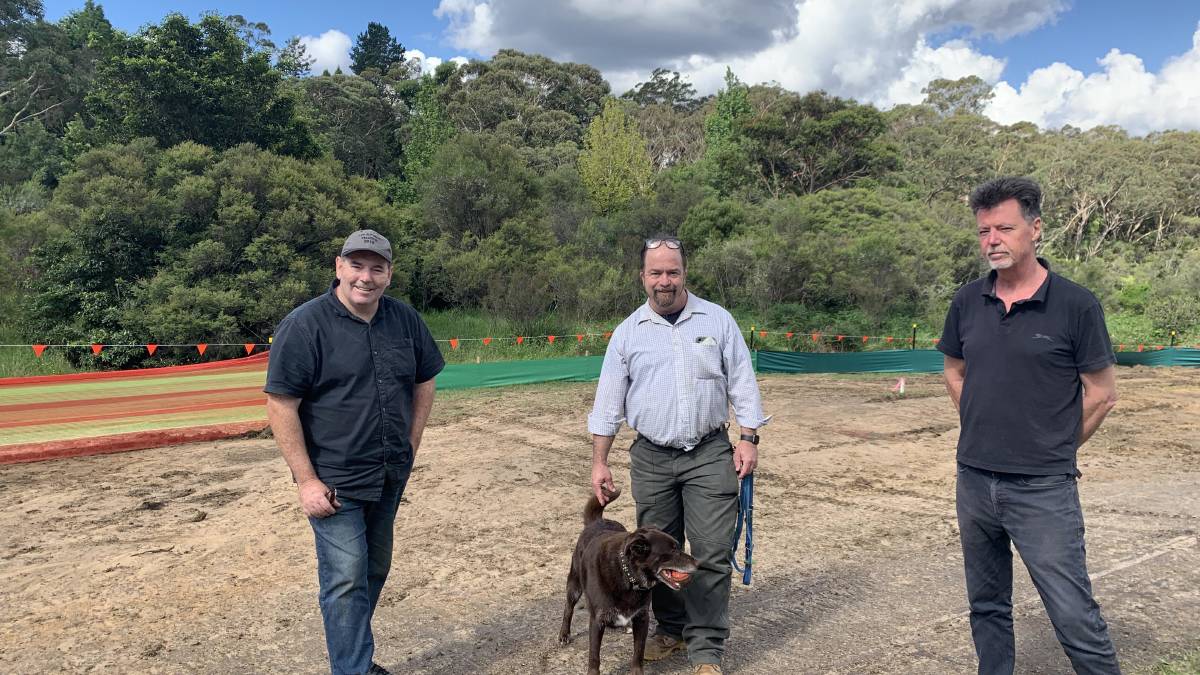 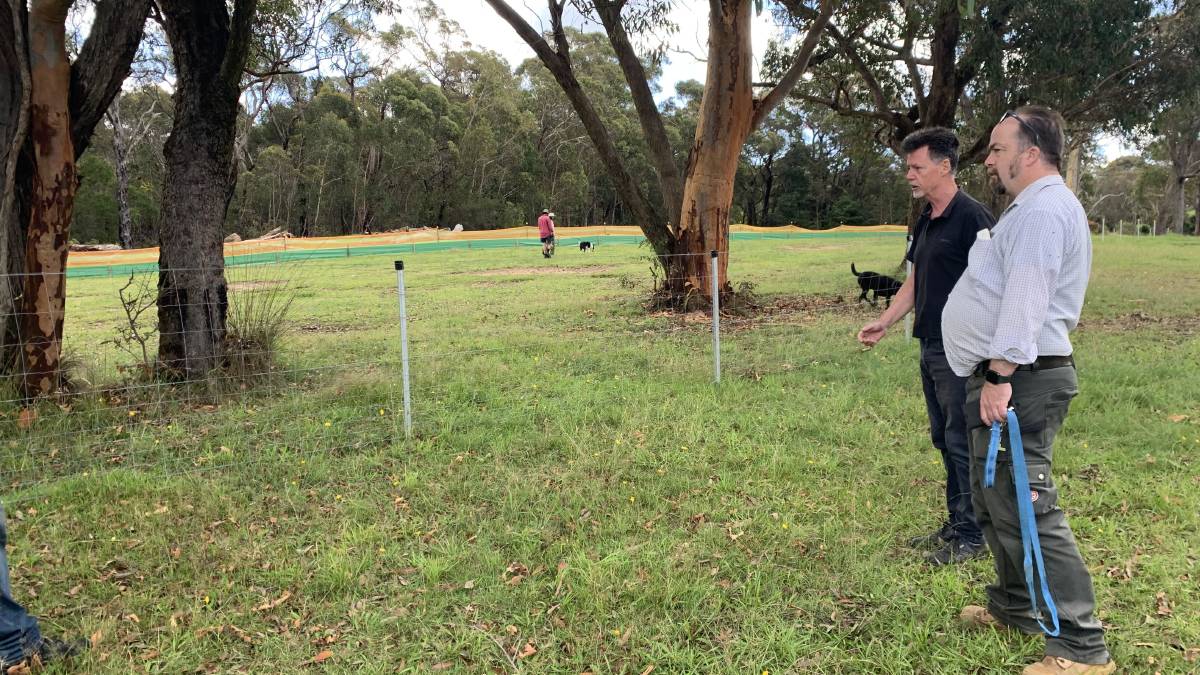 A council insider told the Gazette it was "a stuff-up" and a "perfect storm" that occurred "in combination with COVID and Christmas leading to a lack of communication and proper [council] site supervision [over the contractor]".

"Council are dismissing this as an unfortunate accident by contractors, but it is meant to have a project manager on site," Mr Davidson said.
"It's outrageous and heartbreaking ... one known turtle nest destroyed by bulldozing and one displaced turtle run over and killed in the carpark. It's turtle-gate."
The turtle nest was about 5cms in size and 10-15cm deep.
Mr Davidson said the huge earthworks next to the creek had no silt barriers and the exposed soil was causing damage to the creek that the South Lawson Bushcare Group had spent many years restoring. After a fortnight of community complaints about damage, and a query from the Gazette, more than one kilometre of silt barriers was put in place at the start of February and work halted. 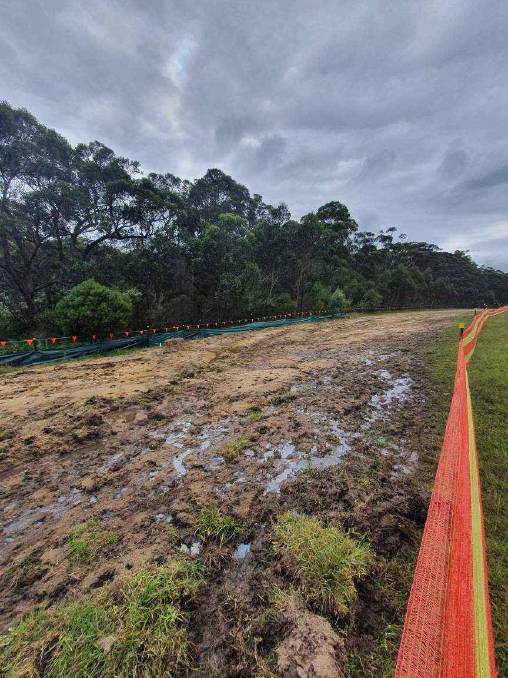 Greens Councillor Brent Hoare said he was informed of the nest on December 23 and visited with Western Sydney University turtle expert Dr Ricky Spencer, who also does work for council.
They made attempts to protect the nest from fox attack, with plastic mesh and wire pegs, and informed council by email.
"The message didn't get back to the contractor," Cr Hoare said.
Cr Hoare added "losing a breeding female is bad news ... unfortunately, in wet conditions turtles move around, and the squashed one was very unlucky to have encountered an oblivious or careless or malicious driver".
Cr Hoare said the good news was that it was obviously a popular site for turtles and more efforts could now be made to better protect breeding turtles.
"We can do detailed design work that is turtle-centric, riparian planting to create pathways for the turtles coming out of the water - make it a turtle park, not just a dog park."
Dr Spencer told the community over Facebook that the issue was "disappointing" and the "nest was clearly marked and council staff notified".
"But the positive here is that several nests have now been identified ... and we have a great chance to enable community conservation programs that can integrate into the new path construction and riparian zone rehabilitation."
Council said a number of intense storms and persistent wet conditions, as well as the COVID-19 pandemic that affected staffing, and delivery of material, impacted the area.
In a statement on February 2, council confirmed a waterlogged turtle's nest had been damaged during the works, adding a "thorough Part 5 Assessment - that reviewed environmental factors at the site before approving for works to commence - did not find turtles".
Stopping the works would allow further community consultation in coming weeks on fencing, the shared path and bush regeneration to better protect Lawson Creek and Adelina Falls, it said.
"Council works to protect turtles throughout the city. In partnership with Western Sydney University and Bushcare volunteers, council has previously launched an innovative turtle island at Glenbrook Lagoon. The floating, eco habitat was designed to provide a safe nesting place for turtles, away from foxes," the statement said.
Mayor Mark Greenhill said "staff and councillors, who care deeply for our World Heritage Area, are upset that this incident has occurred. Council is looking at current processes and how contractors are briefed on environmental matters to ensure this type of thing does not occur again".
A petition has been started to object to "further destruction" and to protest the 2.5 metre wide shared asphalt pathways. The project was due for completion in mid-2022, but the "timeline is being reviewed due to current challenges", the council statement said.

it all boils down to blah blah blah, who cares about some bloody turtle? Let's make some money.

dragonlover1 said:
it all boils down to blah blah blah, who cares about some bloody turtle? Let's make some money.
Click to expand...

Hit the nail on the head there mate.

dragonlover1 said:
it all boils down to blah blah blah, who cares about some bloody turtle? Let's make some mone
Click to expand...

yes so true this will eventually be the death of us.

all they are doing are just destroying our biodiversity and our future and the environment they need to wake up and smell the roses!
Last edited by a moderator: Feb 23, 2022